Begin your holiday!
Hurry, you will not find a lower price!
Change / Cancel Booking
100% secure payment

Massa Marittima, also known as the capital of the Metalliferous Hills, has its origins since the time of the Bronze Age. 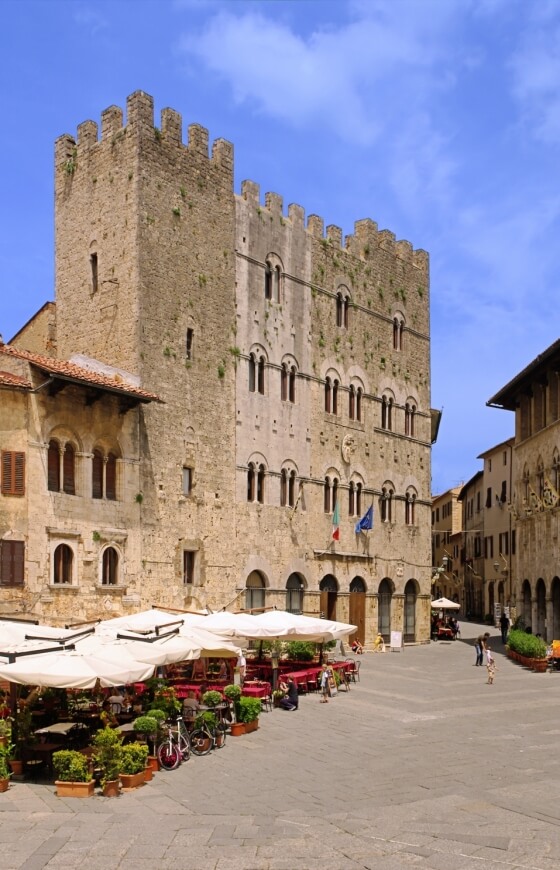 Thanks to the wealth and exploitation of the minerals present in the area, first the Etruscans, then the Romans and then in the Middle Ages, made Massa Marittima increasingly important until it reached its greatest splendor when it became an episcopal see in the century. XI and during the years in which it became a free municipality.

We will visit the Cathedral of San Cerbone, the Palazzo del Podestà, Palazzo Albizzeschi (where St. Bernardino was born), the clock tower, the city walls and the Museum of Organs (the only one in Italy) and the museum of sacred art and the collection of contemporary art, where we can admire among the splendid work painted in 1335 by Ambrogio Lorenzetti, Majesty.
To finish in Enoteca with a small tasting of typical products of the area accompanied by a good glass of wine.

Want to know more? Write to us!
See also
You are requesting information on:
The Sense